Grammy award singer/actress Dawnn Lewis and actor Phil LaMarr will serve as the emcees for the evening at Girls to Greatness, PathMaker Awards. The event will be held on April 25th at the Raleigh Studios from 6:30-9:30 pm. It will consist of drinks, food and live entertainment by saxophonist, Keschia Potter and silent and live auctions with gifts and trips as prizes. 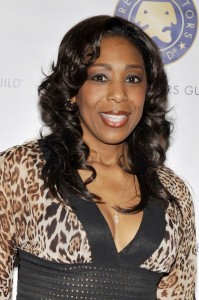 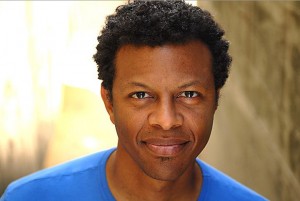 Lewis guest starred on (CBS) CSI: MIAMI, (FOX) BREAKING IN & (BET) REED BETWEEN THE LINES. Lewis is best known for her roles on the hit TV shows A DIFFERENT WORLD (composer of show’s theme song), HANGIN‘ WITH MR. COOPER, ANY DAY NOW. She has a recurring role on the ABC Family’s THE SECRET LIFE OF THE AMERICAN TEENAGER and until recently the CW Network series ONE TREE HILL. She was featured in the Warner Bros. feature film THE PREACHERS KID & the Fox animated film FUTURAMA: INTO THE WILD GREEN YONDER.

Phil was one of the original cast members of Fox’s “Mad TV.” He has also appeared as a guest on a great many TV shows from “Fresh Prince of Bel Air” and “NYPD Blue” to “Raising Hope,” “Curb Your Enthusiasm,” and “Castle.”

Phil has been profiled numerous times for his extensive voice-over work, which includes regular roles on the animated series “Futurama,” “Kaijudo,” “Samurai Jack” and “Justice League Unlimited;” recurring roles on “Family Guy,” “Star Wars: The Clone Wars,” and “Young Justice” as well as parts in videogames like Rage, Dead Island and Infamous 2.

Phil is an alumnus of Yale University and The Groundlings, the award-winning sketch and improv comedy group where he worked alongside such comedic stars as Jennifer Coolidge, Kathy Griffin and Will Ferrell.

Sponsors for the event include Edison International, The Los Angeles Sparks, Honda, U.S Bank, IMRI , United Way, and Fostering Executive Leadership. The event is also aided and promoted by the Honorary Host Committee that includes Los Angeles leaders involved in the community.

For information on tickets and sponsorship opportunities, visit empowher.org/girlstogreatness

EmpowHer Institute Founder Receives Ruby Award
“I am not free while any woman is unfree, even when her shackles are very different from my own.” -Audre Lorde Donate today