In Memoriam of Lorraine L. Loder (1953-2013)–Lorraine L. Loder, Founding Board Member and Treasurer for almost a decade with EmpowHer made her final transition in the early morning hours on Monday, July 8, 2013. Â She will be remembered for her quick and biting wit, her thoughtful and intelligent approach to analyzing issues, and her understated but unmistakable generosity of spirit. Â Lorraine was deeply concerned about those who were marginalized in our community and shared her passion in the work of keeping at-risk teen girls in school. Her leadership pushed the organization to achieve the success of its first major fundraiser, “Girls to Greatness” on April 25, 2013.

Her courage in fighting the five-plus year battle with cancer was displayed every day of her life, after receiving the diagnosis and yet engaging each day with optimal diligence and hope. Â And her caring for others, including her kitties, Baby Girl and Pretty Girl, her monthly lunch bunch, her colleagues at the One Bunker Hill partnership, her gal pals at Women Lawyers of L.A., her compadres at Human Rights Watch, her singing angels at the Athenian Choir of the LA Athletic Club, and the many individuals whose lives she touched just by being herself – was seemingly without limits.

EmpowHer remembers Boardmember Lorraine L. Loder with deep appreciation and love. Â We will always keep her in our memory as a sister and friend. Â A public memorial for Lorraine is being planned to take place within the month. Â  Please watch this site for details. 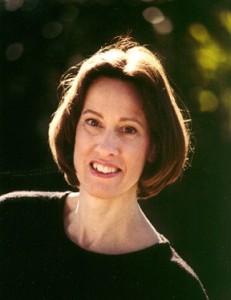 End of School Celebration with LA Sparks WNBA Game
“I am not free while any woman is unfree, even when her shackles are very different from my own.” -Audre Lorde Donate today