Keyonna Keith is committed to serving under-served and marginalized youth through mentoring and educational programs. As an undergraduate, Keyonna worked with the UCLA Urban Collaborative P.A.L.S. Program to provide high school students in Watts, California, mentorship and guidance with college preparation. Prior to joining EmpowHer Keyonna has worked in the non-profit sector managing and developing engaging after-school programs that provide tutoring and enrichment activities to students in Inglewood and Compton Unified School Districts.

Keyonna earned a Bachelor of Arts in African-American Studies and Political Science from Loyola Marymount University and a Juris Doctor from UC Hastings College of the Law. 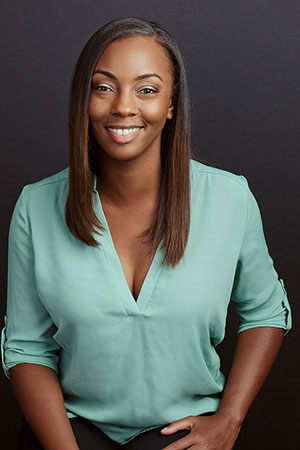 Director of Development and Engagement

Born and raised in the Boston area, Aria early on made a difference in her community and was a leader in the Second Women’s Movement. She founded the Boston Women’s Collective and The Women’s Yellow Pages which earned national recognition, commendation from President Carter, and grew in three short years to $3 million in today’s dollars. Aria managed development departments for leading cultural institutions in New York City, and upon relocation to Los Angeles, as Development Director-Major Gifts at University of Southern California for the Shoah Foundation Institute for Visual History and Education, and Vice President, Advancement at Visual Effects Society.

As principal consultant for Edry and Associates, she leads a team of creative women experienced in diverse areas of nonprofit management and fundraising/development. Aria’s expertise and focus on strategy and mission have helped clients enlarge their organizations’ impact and avoid damaging pitfalls. She specializes in Strategic Planning, Fund Development, Capital Campaigns, Fundraising Appeals, Grants, and Organization Development and Growth. Aria holds a Masters of International and Public Affairs from Columbia University; a B.A. in Political Science from Boston University, and Ed.D study in Psychological Humanistic Education at the University of Massachusetts in Amherst.

N’nandii Alexander recently join the Environmental Charter Middle School- Gardena team as a Para Educator. This is N’nandii’s first year teaching the 7th grade EmpowHer class. N’nandii graduated from Boise State where she obtained her degree in Multi-Disciplinary Studies. She aspires to be a teacher and eventually would like to open and run her own network of Charter Schools because she thoroughly believes the children are our future, and neither race nor class should limit a child’s view of that future.

As an undergrad, N’nandii was a campus leader, serving as the President of the Black Student Alliance as well as a delegate for the Martin Luther King Living Legacy Committee. These leadership roles illuminated N’nandii’s passion in advocacy for students of oppressed communities. N’nandii’s experience includes five years as an activities coordinator for school-aged children, which also developed her passion for working with kids. 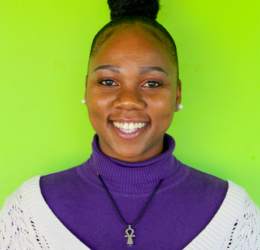 Marivell Caba has taken on the role of the College Readiness Teacher and EmpowHer Facilitator at Environmental Charter Middle School Inglewood beginning Fall 2018. Previous to this, Marivell has taught for six years in grades 4-6th as a Lead Teacher in various pockets of Los Angeles in charter school environments. Practices she feels strongly connected to have focused on social and emotional learning,  project based learning, building democratic classroom communities, and constructivist based practices. Marivell is drawn to EmpowHer because of the foundational confidence building and safe space the organization provides for young women of the greater Los Angeles community.

During her personal time, she enjoys running trail races and marathons in different states, hanging with her dog Georgia, and hiking national parks. Among books that she finds fascinating, Marivell’s top book choices are Trevor Noah’s Born a Crime and Wade Davis’ The Wayfinders. 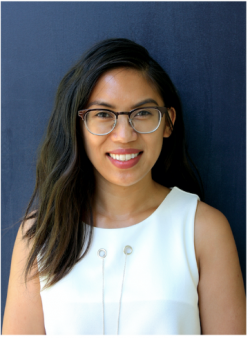 Wendy Fierro is the Social Studies Lead teacher at the UCLA Community School, where she has been teaching history for 5 years.  In addition to teaching history, Wendy is the EmpowHer Instructor for 8th grade girls. She graduated from UC Irvine with a degree in Political Science and received her Masters in teaching from UCLA.  Her interests involve traveling and doing outdoor activities such as camping and hiking. She is passionate about empowering youth to be agents of change. 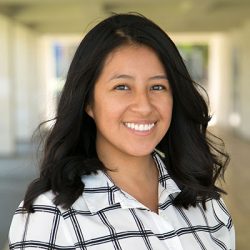 Wintor McNeel is the Counselor at Environmental Charter Middle School Inglewood. Wintor has taught 7th and 8th grade EmpowHer classes. Wintor is currently the Lead EmpowHer Instructor and Facilitator for the EmpowHer Leaders Academy. Wintor’s key areas of expertise in this role include social and emotional counseling, academic intervention, behavioral support and the planning of school-wide events. Wintor has over 10 years of experience in education having worked in the non-profit, private, and public sectors. Previously, she served as a Counselor for St. John Bosco High School and Bright Star Charter School. Wintor believes that education is the gateway to your future and the key to achieving your dreams.

Wintor is a member of the American School Counselor Association (ASCA) and the California Association of School Counselors (CASC). She has extensive years of volunteer experience, which includes working with Upward Bound, Skid Row, Habitat for Humanity, and other notable organizations. She is passionate about contributing to the community, and strongly feels that volunteerism can help you find your passion and purpose in life.

Wintor is a graduate of Loyola Marymount University and holds a BA in Communication Studies and a MA in Counseling. She is a native of Los Angeles, California. During her free time she enjoys writing poetry, reading, attending live music events, and spending time with her family. She is currently writing her first book of poetry to inspire and uplift young women. 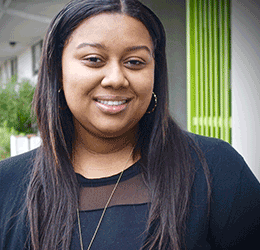 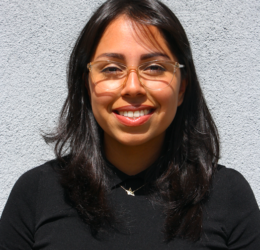 Help us eradicate the teen drop out epidemic. Donate today